The congress specially highlighted contemporary status of Traditional Asian Medicine from a global perspective and its status in Europe. The program was attended by more than 350 delegates from 30 countries. The congress consisted of two plenary sessions, One round table, 39 Panels, and 13 Workshops.

Dr. Narendra Bhatt delivered the Key Note Address; ‘Health Promotion through Yoga, Ayurved & others’ and participated as Expert in Round Table on ‘Standardisation, Evaluation and Implementation of Asian Medicine in Global Health Settings’ chaired by Michael Heinrich; UCL school of Pharmacy.

The 8th International Congress on Traditional Asian Medicine [ICTAM VIII] on ‘Beyond Integration: Reflections on Asian Medicines in the 21st Century’ was held as a part of the EXPO to celebrate the 400th anniversary of the canonical text of Korean Medicine Donguibogam on September 9-13, 2013 Sancheong, Gyeongsangnamdo, South, Korea

The congress was jointly organized by local government of Sancheong, Ministry of Health and Welfare, Korean Society of Medical History and IASTAM and it was initiated by IASTAM President Dr. Volker Scheid. The objective was to enable the communication between humanities, scholars, biomedical scientists, clinical researchers & physicians to facilitate better understanding for health care. The focus of this meet was to search reflections of Asian medicine in the 21st Century. The theme for the congress was positively received by national and international participants enabling a wide variety of topics and issues being discussed. The congress brought about unique communications between scholars, scientists, policymakers and practitioner.

Among the Five Plenary Sessions, one session was by Dr. Narendra Bhatt, President IASTAM-India on Asian Medicine, Global Challenges and Opportunities. 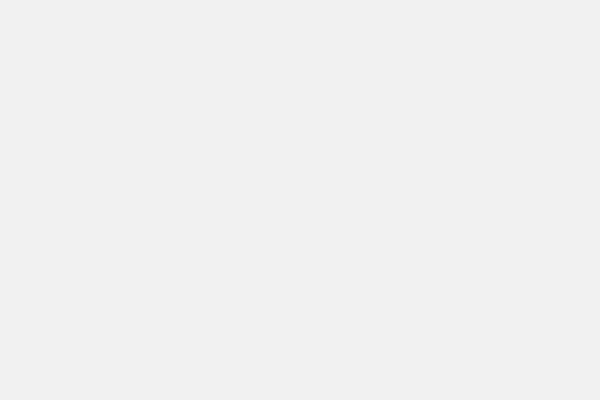 The theme for the congress was ‘Asian Medicine: Cultivating Traditions and the Challenges of Globalization’.

The wide variety of topics and issues were discussed. The congress brought about unique communications between scholars, scientists, policymakers and practitioner.

There were 200 participants in attendance, including practitioners and academics as well as private entrepreneurs and government civil servants from 30 countries. Comparatively higher cost and restrictions of the local Government the conference could not be attended by many.

Dr. Narendra Bhatt attended the conference and was elected as Vice – President to International Council.

The theme of the congress was Sense & Substance in Traditional Asian Medicine, and many of the papers were devoted to the senses such as vision, hearing and the sense of touch in different medical contexts (such as prognosis & diagnosis) & sensory perception.

The congress featured 19 organised panel sessions & workshops. The presentations were drawn from various disciplines of study including the history of medicine & medical anthropology and from specific areas of practice, including Ayurveda, Acupuncture, Unani & other Asian medical systems. The Indian group had two predesigned symposia.

Prof. Basham medal for the year 2006 was awarded to Prof. Zheng Jinsheng of the Research Institute for the History of medicine & medical literature, China Academy of traditional Chinese medicine, Beijing & Dr. Narendra Bhatt, Ayurvedic Consultant from Mumbai, India for their contributions to the development of Asian medicine.

374 registered participants came from a total of 36 countries.

The most significant impact of was the reaffirmation of interest in the multidisciplinary forum that is IASTAM. Various initiatives, particularly on Asian medical systems in a western environment were intensely debated during the congress.

The ICTAM – V was an incisive experience for the Asian participants & their gain was learning about the reality of TAM in the countries of the West.

Rahul Peter Das invited Prof. Unschuld and Dr. Narendra Bhatt for pre –conference meetings that helped in organization of this conference.
31 Indian delegates participated and contributed in the conference in a significant manner and benefited by the conference, strengthening the relationshipwith the International body.

ICTAM-IV was jointly sponsored by International Association for the Study of Traditional Asian Medicine (IASTAM) and Japan Society for Oriental Medicine (JSOM).

There were nearly 250 participants with parallel scientific & plenary sessions. About 175 papers divided into 14 workshops and symposia were presented at the oral sessions and poster sessions on various themes, covering a wide range of subjects related with Asian Medicalsystems.

This congress was co-sponsored by the WHO, The Bombay University, The Gujarat Ayurved University, Jamnagar, Banaras Hindu University, the Aligarh Muslim University & the CCRAS.

The theme of the congress was ‘The Pluralistic Character of Traditional Asian Medicine’. There were 7 parallel sessions covering 375 presentations/papers.

The prestigious ‘Basham Award’ was instituted at this conference and was jointly bestowed upon Prof. Yamada Keji of the Research Institute for Humanistic Studies of Kyoto University, Japan & Dr. G.J.Meulenbeld, retired Prof. of Indology of the University of Groningen, Netherlands for their scholarly work.

Organised on a magnitude never before for the sector, the Third ICTAM was an epoch making event of IASTAM India. Close to 1000 participants, including 200 foreign delegates from 28 countries attended the conference.

The Third ICTAM proved to be a major milestone not only in the history of IASTAM but also in that of the indigenous system of medicine. The III ICTAM was an unqualified success and established the Indian Chapter of IASTAM as a reference point for the academia and the professionals of India.

For scientific discussion, seven major subject areas were chosen. About 200 research papers were presented at the Congress. An exhibition of indigenous pharmaceuticals was also held in which the stalls of invigorating Indonesia herbal drink commonly known as ‘Jamu’ dominated.

The India Chapter lead the group with 52 delegates who participated and presented their papers.

Several officers attended the Congress as members of official delegation of IASTAM- India.

A research student Ken Zysk in 1977 who was then working at the Australian National University under Prof. A.L. Basham inspired the idea of conference. Prof. Basham received support from the ANU staff as well as the Govt. of Australia & WHO for the event.300 delegates from five continents participated in the event.

A team of Indian delegates attended the event.

In the final general meeting of the conference IASTAM was founded.