Born in 1925, Shri Gopaldas Parikh joined Zandu at very young age in 1942. He gained his early training under his father shri Mathuradas Parikh and Shri Jugatram Vaidya.
Following tradition of his mentors for manufacturing classical products while protecting basic needs of the Ayurvedic principles and tradition during this period Zandu adapted to newer technologies that became hallamrk of Zandu products.

His visit to Europe in 1952 made him acquire knowledge and insight in use of technology and other aspects of pharmaceutical business. He formed a team of his own to in-house fabricate such adaptations and even imported machinery from Japan and other places.

Gigantic heavy end runners to manufacture items like Hingwashtak churna to preserve its natural aura, standardized pills on specially fabricated machines for Guggulu containing or similar items, social copper made coating pan for gold or silver leaves for rasaushadhis are few of the examples of exception marvel that Zandu was known for during those days.

He worked a team of Ayurvedic and pharmaceutics experts to introduce during 1950s a series of trend setting formulations as specility products for the treatment of specific disorders like arthritis, liver disorders and several others which are continued to be marketed even today.

In the year of 1956 he was appointed Director to the board of Zandu that he continued to serve during his lifetime.

He took active part under AIMO for amendment of patient law which as amended based on report of Hathi committee” that helped the Indian pharmaceutical Industry grew phenomenally.

He contributed immensely during 45 years of his association the ayurvedic industry. 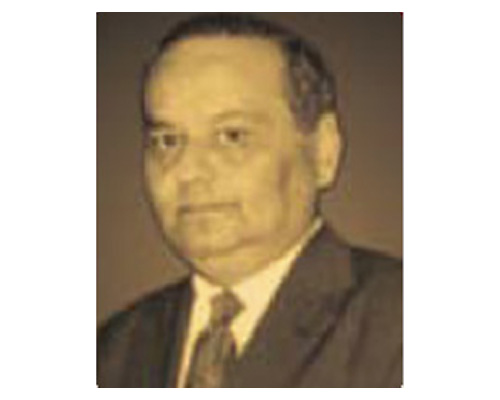