IASTAM in memory of eminent educationist, scientist and former President of our Association, Prof. K. N. Udupa has instituted this Award for Excellence in Research in Ayurveda / Indigenous Systems of Medicine. (Preferably given to Scientist / scholar from Modern biomedical sciences for contribution to Ayurvedic Research.)

About Prof. K. N. Udupa :
Prof. K.N. Udupa, the first president of IASTAM – India who was born in Kodettur in Karnataka was known as the modern Sushruta.

Though coming from a poor family he finished his graduation in 1943 from the Banaras Hindu University (BHU) with the help of scholarships and tuitions. His curiosity about modern medicine made him read all the subjects taught in the allopathic system with the help of borrowed books. After working for one year as a house surgeon in the Sir Sunderlal Hospital, Banaras he went to Poddar Hospital, Bombay for further training. He also went to Lahore to learn Surgery from Dr. Mirajkar, who also helped him to apply and obtain for M.S. in Surgery from Michigan University, U.S.A.

After returning to India he worked as a civil surgeon in remote areas of Himachal Pradesh with scarce resources. He invented devices to perform surgery and built up a strong team. He returned to the USA in 1954 at the Harvard Medical School as a research fellow & did some pioneering research in wound healing.

In 1959 he submitted the famous Udupa Committee Report and took on an assignment as a Principal and Professor of Surgery at the BHU. He went on to become known as surgeon and a teacher par excellence. During this tenure he initiated radical changes in the health services and medical education at the BHU which proved to be very beneficial.

In a distinguished career Prof. Dr. Udupa won many awards and orations and was also awarded Padmashree. Prof. Udupa retired in 1980 from active service. After retirement he was actively involved in research and community work. He also got intimately associated with the International association for the study of Traditional Medicine and was one of the most known international personalities and was invited to many countries for his research in Ayurveda and Yoga. 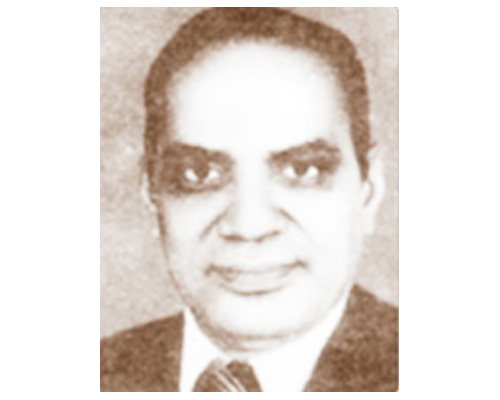