IASTAM in memory of Dr. Krishnakant Parikh , its founder member and a visionary in the field of Ayurvedic Pharmaceutical Research and development and contribution to its growth. (Preferably given to Scholar / scientist / expert from the field of Pharmaceutical and related Sciences who has contributed to Ayurvedic Medicine.)

About Dr. K. M. Parikh :
Born in the reputed Parikh family that was running Zandu Pharmaceutical works, Dr. Krishnakant M. Parikh chose to study pharmaceutics and graduated from L.M. College of Pharmacy. He also held a doctorate in medicinal plants from Munich University. Immediately thereafter, he came back to India and joined his family business, which he brought up to international standards in a career spanning more than 4 decades.

Dr. K.M. Parikh was elected as President of IDMA in 1951, in the very first year of its formation. He continued to work for the cause of the national sector ever since. In January 1966, Dr. Parikh appeared before the joint select Committee of Rajya Sabha and Loksabha to support IDMA representations for the abrogation of the old British Patent Law that was in force in our country even after 19 years of independence at that time.

Being a true nationalist Dr. K.M. Parikh believed in scientific and technological up gradation of manufacturing and quality control in Ayurvedic preparations. Dr. K.M. Parikh also kept up his academic interests and was associated especially with his Alma mater, L.M. College of Pharmacy as examiner, in spite of his busy schedule in overseeing the growth of Zandu Pharmaceutical Works.

The cause of Ayurveda was very close to his heart & he put in efforts in the propagation of the same. Many NGO’s found encouragement & support from him in their efforts to promote Ayurved. 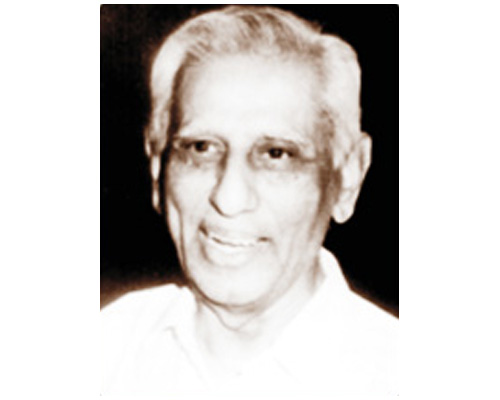