Prof. Ramchandra Keshav Mutatkar pioneered teaching of Medical Anthropology in India at the Department of Anthropology, University of Pune in 1974. He is the Hon. Director, – AYUSH in Public Health, The Maharashtra Association of Anthropological Sciences (MAAS), supported by Government of India.

He organized the Post- International Anthropology Congress Symposium on Medical Anthropology at Pune University during 19-21 December 1978. The Symposium was attended by more than 50 scholars from U.K. and U.S.A. Among the prominent medical anthropologists were Prof. Charles Leslie, Prof. Arthur Kleinman and eminent Indologist, Prof. A. L. Basham & Pandit Shiv Sharma. Prof. Basham attended the Symposium in order to discuss and invite the international scholars to participate at the proposed International Congress on Traditional Asian Medicine (ICTAM) at Australian National University, Canberra in September 1979. On 31st January 1980, a meeting to start the Indian Chapter of IASTAM was held at West End hotel Mumbai.

Prof. R. K. Mutatkar organized a meeting at Pune University on 20th April 1980 to formulate the Constitution in order to register the Indian Association for the Study of Traditional Indian Medicine. He was the first choice to organize the meeting as, firstly, the success with which you organized and conducted the International Congress on Medical Anthropology that brought a legion of world famous anthropologists from all over the world to Poona was absolute; secondly, during that Conference he worked very closely with the two major dignitaries and office holders of IASTAM, namely, Dr. A. L. Basham and Dr. Charles Leslie, the President and the Secretary General of the IASTAM respectively and won their confidence and appreciation; thirdly, he was not associated with any commercial or sectional body and was entirely free from any possibility or suspicion of groupism and fourthly, He is a true academician wedded to scientific pursuits with a full fledged university department behind him.

Prof. R. K. Mutatkar was the first General Secretary. After the sad demise of Pandit Shiv Sharma and Dr. Udupa, it was unanimously decided to elect Prof. R. K. Mutatkar to be the third President of IASTAM India. He was also organizing Secretary for the Asian Congress in 1983 and Third ICTAM in 1990 held at Mumbai.

At the Pune University campus, two Seminars namely on ‘Mother and Child Health’ and ‘Priority Research Areas in Traditional Medicine’ were organized on behalf of the Department of Anthropology and School of Health Sciences of which Prof. Mutatkar was the first Head of the Department and Director of the School respectively. 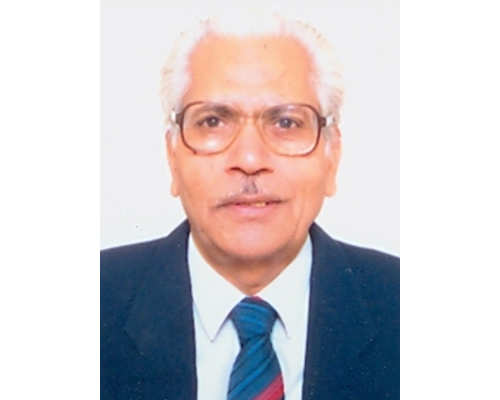